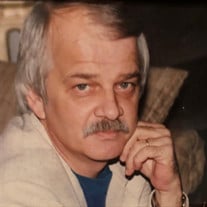 William O. “Bill” Davis, D.D.S. died November 13 at the age of 72 at his home in McAllen, Texas, after an extended battle with various health complications. Bill graduated from McAllen High School, the University of Texas Pan American, and the UT Dental Branch with his D.D.S. Bill was first and foremost a musician at heart. He taught himself how to play guitar as a child, and by high school was a feature member in several prominent bands in the local music scene, such as The Invaders and Foamy Brine. After graduating high school he moved his family to Dallas where he briefly worked as a studio musician. He carried this passion for music throughout the duration of his life. After receiving his D.D.S, Bill moved back to McAllen in the early 80s to open his dental practice, W.O. Davis D.D.S. He served his patients with skill and expertise for almost 25 years. An active member of the community, Bill was a proud member of the McAllen Beautification Committee as well as the Planning & Zoning Commission for several years. He was a man of meticulous standards, and wanted his city to always meet those standards. Any practice that he set his mind to, he quickly became proficient in. Before the onset of his chronic illnesses in the mid 2000’s, he had become a master in most anything that could be fashioned by hand, with an especially fervent passion for woodworking, Bill was preceded in death by his father, C.W. “Napper” Davis, mother, Sally Davis, and older brother Charles Warren Davis Jr. He is survived by his daughters Carrie Goff and Lori Davis, sons C. William Davis (Anthea) and Matthew Davis, stepson Chad Robert, grandson Curry Goff, great-granddaughter Eloise Goff, and his sisters Mel Johnstone and Sally Klinck. Services will be held at Kreidler Funeral Home Sunday, November 17, 6:00 - 8:00 p.m.

The family of William O. “Bill” Davis, D.D.S. created this Life Tributes page to make it easy to share your memories.