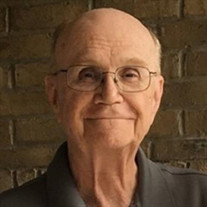 On Wednesday, July 15, 2021, loving husband, father, and grandfather, William (Bill) Henry Parry passed away peacefully at the age of 77. Born in 1944 to RE (Boots) Parry and Anne Parry in Oklahoma, the Parry’s moved to Texas where Bill attended Edinburg schools and met Dianne, the love of his life. Upon graduating from Texas A & M University in 1966, Bill married the love of his life and pursued a family and a career in education. Bill and Dianne settled outside of San Antonio, Texas and had two children, Zachary and Stephanie, as Bill began his career in education. Bill later returned to South Texas, transitioning from physics teacher and chess coach to administrator as an assistant principal at McAllen High School and the opening principal for both Morris Middle School and Niki Rowe High School. As an education consultant for Region I, Bill was selected to help write curriculum for the first teacher evaluation system used in Texas. Bill continued as a consultant, developing principals in the region until his retirement in 2001. Bill’s passion for education positively influenced the lives of many students, parents, colleagues, and friends. Bill’s passion for education was rivaled only by his love of family. Bill’s larger than life smile and unmistakable laugh brightened the days of many children and adults, students and colleagues, and family and friends. Even after retirement, Bill could still be found on South Texas school grounds as he cheered on students, former students, children, and grandchildren as they participated in school games and activities. Bill is preceded in death by his mother Anne, his father Boots, and his brother Stan. Bill is survived by his wife of 54 years Dianne, son Zachary (Chrystal), daughter Stephanie (David), four grandchildren, Tyler, Shayli, Macy, and Cayden, brother Bob (Barbara), sister Susan (Tom), and numerous nieces and nephews. Bill was the most amazing son, husband, father, grandfather, and friend. He loved greatly and is loved greatly. He will be greatly missed. A memorial service for William (Bill) Henry Parry will be held at First United Methodist Church (4200 N McColl Rd, McAllen, TX 78504) on Wednesday, July 21, 2021 at 9:30 a.m. In lieu of sending flowers, please give to the First United Methodist Church, the American Cancer Society, or a charity of your choice.

On Wednesday, July 15, 2021, loving husband, father, and grandfather, William (Bill) Henry Parry passed away peacefully at the age of 77. Born in 1944 to RE (Boots) Parry and Anne Parry in Oklahoma, the Parry&#8217;s moved to Texas where Bill... View Obituary & Service Information

The family of William "Bill" Henry Parry created this Life Tributes page to make it easy to share your memories.