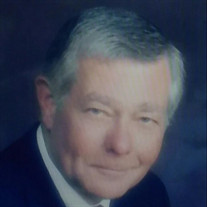 Tim Johnstone died October 30 at the age of 77 at his home in McAllen, Texas, after a short and brave battle with cancer. Tim graduated from Edcouch-Elsa High School and the University of Texas at Austin with a Master of Business Administration. In 1963, he married Mary Ellen (Mel) Davis from McAllen. After graduating from the University of Texas, Tim worked at Arthur Young in Dallas as a CPA. In the early 70s, he and Mel moved to McAllen, where he entered into partnership with his father-in-law, Napper Davis, in the life-insurance business. For over 50 years, Tim served the needs of his clients with care and compassion. Tim was an Eagle Scout, and his scout training helped shape the trajectory of his life. He always did what he said he was going to do and did it to the best of his ability. Ever active in the community, Tim was a proud member of the McAllen South Rotary Club and was the driving force of their annual skeet shoot. A member of the McAllen Chamber of Commerce for over 50 years, Tim proudly served for many of those years as a McAllen greeter. He also served as chairman of the Rio Grande Valley Partnership in 1990. Tim had a passion for the Model A Ford, this passion obvious when he restored a 1929 station wagon and a 1931 coupe. Tim worked tirelessly for the Model A community. He spearheaded the Rio Grande Valley Model A Club and was a chief judge for the Model A Ford Club of America. In addition, he wrote a quarterly newsletter for station-wagon enthusiasts, Woody Wagons, for more than 40 years. In addition to Model As, Tim had a love of shooting. He spent many weekends whitewing hunting in San Fernando, Mexico, and at the Mission Skeet & Trap Club shooting sporting clays. In the only way Tim knew how, he excelled at shooting sporting clays, winning numerous national awards. Tim was preceded in death by his father, Clarence Johnstone, and mother, Angie Johnstone. He is survived by his wife, Mel, his daughter Kristi, son-in-law Kevin, granddaughter Kirby, sister Fonda Johnstone of Dallas, and stepmother Ida Johnstone of North Carolina. Visitation will be held at Kreidler Funeral Home Friday, Nov. 1 from 5:30 – 7:00 p.m. Funeral services for Tim will be held at 10 a.m. Saturday, November 2, at First United Methodist Church in McAllen. In lieu of flowers, donations may be made to the Boy Scouts of America, Rio Grande Council, Arrowhead District, 6912 W. Expressway 83, Harlingen, Texas 78501.

Tim Johnstone died October 30 at the age of 77 at his home in McAllen, Texas, after a short and brave battle with cancer. Tim graduated from Edcouch-Elsa High School and the University of Texas at Austin with a Master of Business Administration.... View Obituary & Service Information

The family of Timothy C. Johnstone created this Life Tributes page to make it easy to share your memories.