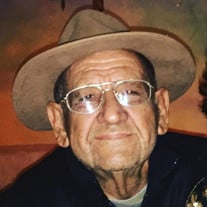 Sigifredo "Freddy" Gonzalez Trevino - Due to natural causes on December 18, 2019, at the age of 76, “Freddy” Gonzalez Trevino passed on peacefully to be with our Lord at Doctors Hospital at Renaissance. He was born March 6, 1943, in Mexico, the son of Manuel Gonzalez and Ernestina Trevino. Freddy’s formal education was interrupted in 6th grade as he decided to embark on his journey in life. At the ripe age of 15, he took a leap of faith in hopes of a brighter future. He migrated to the United States and got to work on fulfilling his dreams. His strong work ethic and skills led him from California to Houston and finally McAllen. In California, he worked hard in the fields but always dreamed of a better life. His ability to adapt and overcome helped him learn a new trade that allowed him the opportunity to join the Carpenter Union in Chicago and Houston. In 1972, while in Houston, his entrepreneurial instinct led him to establish his own successful company called Alamo Roofing Contractors. For health reasons, related to air pollution, he ended up relocating from Houston to McAllen where he started off another successful business venture called La Fuente Agua Purificada based out of Reynosa, Mexico. He was happily married for over 40 years. A truly devoted husband and father, he was a kind and gentle soul whose positive outlook on life was as optimistic as it was contagious. He lived the American Dream and was a proud American. He was always the life of the party and enjoyed being with family & friends more than anything. Despite his illness, he never complained and made the absolute best out of every day. When asked how he was, his response was always “Feliz como una lombriz.” His compassionate heart reaffirmed the fact that he was a man’s man. His family was his guiding compass and he showed his strong will to live until the very end. In addition to his parents, he was predeceased by a son, Sigifredo Gonzalez, Jr. Surviving in addition to his wife, Dora Elia Gonzalez, Wife, McAllen Tx are his children, Esther Gonzalez Harms, McAllen, Tx, Raul Gonzalez, Houston, Tx, Gracie Gonzalez McNeely, McAllen, Tx, Angelita Gonzalez Brigle, Houston, Tx, Thelma Gonzalez Garcia, Houston, Tx, and surviving in addition to his children are his siblings, Hilario Gonzalez Trevino, Jose Gonzalez Trevino, Maria Elena Gonzalez Lozano, Lesvia Gonzalez Gonzalez, Porfiriio Gonzalez Trevino, Ernestina Gonzalez Trevino, Dimas Gonzalez, Maria M. Gonzalez, Sylvia Gonzalez Garcia, and Jorge Gonzalez. A celebration of his will be during Mass on Saturday, December 21, 2019, at 9:30 am at Our Lady of Sorrows and immediately following the burial at Rose Lawn Cemetery.

Sigifredo "Freddy" Gonzalez Trevino - Due to natural causes on December 18, 2019, at the age of 76, &#8220;Freddy&#8221; Gonzalez Trevino passed on peacefully to be with our Lord at Doctors Hospital at Renaissance. He was born March 6, 1943,... View Obituary & Service Information

The family of Sigifredo "Freddy" Gonzalez Trevino created this Life Tributes page to make it easy to share your memories.