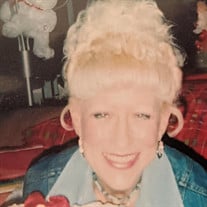 On February 2,2020 Sharon (Sherry) Kaye Kelly,71, left her earthly home to join her Lord and Savior, Jesus Christ. Sherry was born July L, 1949 in Tulsa, OK. ln addition to Oklahoma, Sherry lived in Kansas, Minnesota and California before residing in McAllen, TX for the final 32 years of her life, Sherry was preceded in death by her parents, Doy and Betty Jones, and a sister who died at birth. Sherry is survived by her husband of 45 years, N. Dexter Kelly of McAllen, TX; son, Jeremiah (Katie) Kelly of Park City, KS; sister, Debbie (Ray) Raines of Tulsa, OK; and grandchildren, Gavin and Savannah Kelly, Park City, KS, along with numerous nieces and nephews. Sherry graduated in 1967 from West High School in Wichita, KS and after earning an Associate Degree at Tulsa Community College, Tulsa, OK, she worked in various hospitals as a phlebotomist where her caring and gentle manner was evident. Sherry and Dexter met in the summer of 1975 through an introduction by her mother while Sherry was living in San Diego, CA and Dexter was visiting CA. Sherry and Dexter were married on January 17,1976 in Wichita, KS in a ceremony officiated by her father. With the birth of Jeremiah in 1981, Sherry's attention was directed to her home where her creative and decorative talents were on display and were always the topics of conversation for visitors. Sherry made her home a place where family and friends were always welcome and where Jeremiah and his friends would often gather throughout their high school years. As a minister's daughter, Sherry came to a saving relationship with Jesus Christ at a young age and this relationship was a source of strength, comfort and hope throughout her life. Sherry cherished her friendships made as a member of First Baptist Church McAllen and throughout the McAllen community even as her declining health limited her attendance and interaction. ln addition to arrangements handled by Kreidler Funeral Home, McAllen, TX, the funeral service for Sherry was held on February 16,2021., at Downing and Lahey East Mortuary, Wichita, KS with interment following at Kechi Township Cemetery, Wichita, KS. ln lieu of flowers, the family requested that donations be made to the First Baptist Church, "Refresh First Building Fund", 1200 N. Beech Ave., McAllen, TX78501, telephone (956) 686-7418.

The family of Sharon (Sherry) Kaye Kelly created this Life Tributes page to make it easy to share your memories.