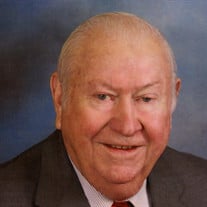 "No me des nada...ponme en donde hay" This was the motto of Ruben R. Cardenas who passed away peacefully on June 2, 2019 at the age of 88. He was a Husband, a Father, a Brother, an Uncle, an Attorney, a Mentor, and role model. He was a master of "dichos" that conveyed a wisdom to any who would listen. He grew up in the ranchland of Northern Hidalgo County where he took a 64 mile roundtrip by bus daily to go to school. His education paid off as he mastered both English and Spanish and at age 11 enrolled at St. Edwards Military Academy ultimately achieving his Bachelor's degree in Accounting and culminating in receiving the St. Edward's Distinguished Alumnus Award in 1976. After finishing at St. Edwards, he joined the US Air Force and became a radar observer navigator and became a Captain in the Reserves. Following his stint in the military, He attended the Law school at the University of Texas where he earned the nickname "flash Cardenas" for his rapid study methods. In his second year of law school, he met the love of his life, Dardanella, and 2 years later they were married and moved to McAllen where he began the practice of law later specializing in real estate law. Children followed and a parallel career in community service developed with numerous awards and accolades from his community and peers. If there was a board he served on it. If he wasn't just serving on it, he was chair. As a staunch Democrat, and advocate for education and social justice, he involved himself in anything that would move our community forward. This led to appointments and serving on multiple corporate boards both public, and private not to mention service in pursuit of improving educational opportunities at all levels of the South Texas community. He was fond of saying that "The greatest inheritance a parent can leave a child is a good education." His leisure time was spent traveling, wining and dining, and focusing on family. He loved taking his children and later his grandchildren on road trips. He loved the Texas Longhorns and was honored as a distinguished Alumnus of the University of Texas in 1991. He enjoyed maintaining his automobiles which, on the used market, always brought more than the blue book price. His driving abilities were legendary and there was no doubt that he could find the closest and fastest distance between two points. That he wound up chairing the Texas Department of Public Safety was poetic justice and there wasn't a DPS officer down here who didn't know him. He was famous for flashing his badge, or picking up their tab if he saw them in a restaurant. He was a perfectionist who commanded excellence from all those around him or those he interacted with. As a boy, he was taught that if he borrowed something he should return it in a better condition than he received it. On the whole, he came into our community and left it better than how he found it. The Mold is broken..... The Chairman has rested. Ruben is survived by his wife, Dardanella; his children, Carlos J Cardenas MD (Chris), Diana L Albrecht (Cecil) and his grandchildren, Hilary Albrecht, Adam Cardenas, Miles Albrecht (Clarissa), Simon Cardenas, Daniel Cardenas, and Emily Albrecht. He is also survived by his sister, Sylvia Cardenas. His son, Oscar, predeceased him in 2011. The Family wishes to thank all of the Physicians and Nursing staff at Doctors Hospital at Renaissance and at DHR Hospice for their compassionate care. In addition, the family wants to thank the staff at Healthcare Unlimited. A special thank you to Dr. Joel Solis and Dr. Alberto Gutierrez. In lieu of flowers, memorial contributions can be made to Our Lady of Sorrows Capital Campaign Fund 1108 Hackberry Avenue McAllen TX 78501-4370, The University of Texas at Austin School of Law Foundation 727 East Dean Keeton Street Austin, TX 78705, University of Texas Rio Grande Valley Foundation, Office of Institutional Advancement, EITTB 1.210, 1201 West University Drive, Edinburg, TX 78539, Saint Edwards University 3001 South Congress Box 14 Austin, TX 78704 "In Memory of Ruben R Cardenas", or a charity of your choice. Visitation will be at Our Lady of Sorrows Main Church, 1108 Hackberry on Thursday, June 6, 2019 from 6-8pm with a Holy Rosary to be recited at 7pm. Funeral service will be Friday, June 7, 2019 at 10 am at Our Lady of Sorrows Main Church, 1108 Hackberry.

"No me des nada...ponme en donde hay" This was the motto of Ruben R. Cardenas who passed away peacefully on June 2, 2019 at the age of 88. He was a Husband, a Father, a Brother, an Uncle, an Attorney, a Mentor, and role model. He was a master... View Obituary & Service Information

The family of Ruben R. Cardenas created this Life Tributes page to make it easy to share your memories.

&quot;No me des nada...ponme en donde hay&quot; This was the motto of Ruben...