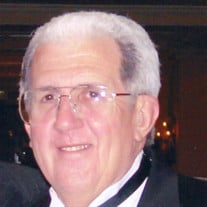 Roberto J. Yzaguirre was born In the early 1940s in Rio Grande City. After an adventurous childhood, he graduated from Rio Grande City High School, and then attended St. Mary’s University and St. Mary’s University School of Law (with a brief hiatus defending liberty on the Korean Peninsula). He met his wife, Frances Mosty Yzaguirre while in law school, and after they married they moved to the Rio Grande Valley. For nearly five decades, Robert practiced law with distinction, often to the chagrin of several judges and prosecutors. He and his partner, Joe Chapa built a successful criminal defense practice, and their legal services were highly sought-after. Robert was also a daring pilot. For 30 years he terrorized the skies, and in that time he only crash-landed twice (once because of mechanical failure, and once because of a slight landing gear oversight). Not content with flight alone, Robert and his dear friend Jim Henderson traveled the intracoastal canal in a used 17-foot ski boat named “In That?” from Port Isabel to New York Harbor. How they survived the trip is still a mystery. He enjoyed spending time at the ranch, he loved his family and friends, he loved telling stories, and despite his sometimes tough façade, Robert was an exceedingly gentle and giving man. He was larger than life, and he will be sorely missed. As husband, Robert leaves behind his wife, Frances; as Dad, his children, Robert, Carol, Sara, Carlos and his wife Rubi; and as Grumps, his grandchildren, Santiago and Olivia. He will also be mourned by his extended family, friends, Kiko, Lola, and Norman. Visitation will be Sunday, November 26, 2017 from 5 PM to 8 PM with a Rosary being recited at 7 PM at Our Lady of Sorrows Catholic Church. The Funeral Mass will be celebrated at 10 AM Monday, November 27, 2017 at Our Lady of Sorrows Catholic Church. Inurnment will follow at Valley Memorial Gardens Cemetery. In lieu of flowers, the family has asked that you consider a donation to either Immaculate Conception School in Rio Grande City, or St. John’s Day School, 2500 N. 10th St., McAllen, Texas 78501.

The family of Roberto J. Yzaguirre created this Life Tributes page to make it easy to share your memories.

Roberto J. Yzaguirre was born In the early 1940s in Rio Grande...