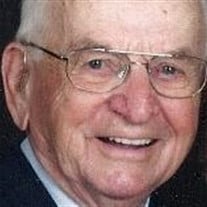 Edinburg: “Dick” Richard Franklin Bloomer 2-10-23 to 11-14-15. 92 years old at the time of his death. Born in Macomb, Illinois and died in Edinburg, Texas. He graduated from Oak Park High School, Oak Park, Illinois and Northern Iowa University. He and his family lived the majority of his life in the Southern California area. He held many careers during his lifetime. He was a farmer in Illinois, girls’ high school basketball coach in Iowa, a salesman for Wilson Sporting Goods in Illinois, ending his working career as a high school guidance counselor for 25 years at West Covina High School. He was most proud of serving his country in WWII with the US Army from 11-16-42 to 12-15-45 as a Staff Sergeant with the Texas Division in the battles of Naples-Foggia and Rome-Arno. He was awarded two Bronze Stars and a Purple Heart for being wounded by gunfire just an inch over his heart by a German soldier on the River Arno. Dick was the son of the late James Arthur Bloomer and Mabel Roberts Bloomer of Rio, Illinois and has one surviving sister, Beverly Kruse of Crossville, Tennessee. His brother Robert and sister, Eleanor Ullman are both deceased. Dick is survived by his wife, Betty Ruth Bloomer of 69 years and his four children. Marsha Nelson, Ph.D. (Dan) of Edinburg, TX, Marilynn Garcia (Richard) of Pasadena, CA, ”Bob” James Robert Bloomer of CA, and “Bill” John William Bloomer of Roussillon, France. Two grandsons, William Thomas Cleghorn (Michelle) of Buda, TX and Richard Allen Cleghorn (Chelsey) of San Antonio, TX and their two children Cheston Michael and Cason Wayne Cleghorn. The family would like to express thanks to Gentiva Hospice and Health Care Unlimited for their excellent care & concerns for Dick in his last days. Kreidler Funeral Home is in charge of his cremation arrangements with a memorial service on November 30th at 3:00pm with his cremated remains placed at the Ft. Sam Houston National Veteran Cemetery, San Antonio, Texas. In lieu of flowers donations can be made to either Project Insight, a 501 (c) 3 non-profit at 340 Austin Blvd, Edinburg, TX 78539 and/or Southern California Special Olympics, 1600 Forbes Way, Suite 200 , Long Beach, CA 90810-1833

The family of Richard "Dick" F Bloomer created this Life Tributes page to make it easy to share your memories.