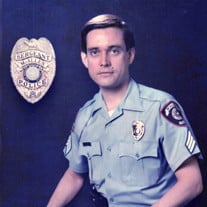 Raul Ricardo Guerrero, beloved husband, father, son, brother, and friend, passed away on October 25, 2021, surrounded by his family. He was 62 years-old. He was preceded in death by his father, Raul Guerrero. His mother, Carmen Ramirez Guerrero, followed him to Heaven two days later, on October 27, 2021. He is survived by his wife of 36 years, Rosalva Guerrero (Villarreal), by their children, Rebecca Guerrero (San Antonio, Texas), Claudia Guerrero (San Antonio, Texas), Jaime Guerrero (Houston, Texas) and Ricardo Guerrero (McAllen, Texas), by his siblings, David J. Guerrero, Ana Reed (Roger), Maria Teresa Guerrero, Carmen Garcia (Carlos) and Alberto L. Guerrero (Kirsten Vinson), all of McAllen, Texas, and by many nieces and nephews. Raul grew up in Rio Grande City, Texas, imbued with humility, a commitment to community service, and an unwavering work ethic. He graduated from Rio Grande City High School and Southwest Texas State University with a degree in criminal justice. At the age of 21, he joined the McAllen Police Department. Over nearly 20 years with the Department, he rose to the rank of detective in various units, including homicide, narcotics, and internal affairs. Following his law enforcement career, Raul graduated from the Thurgood Marshall School of Law in Houston, Texas. With his law enforcement and investigative experience, along with legal training, Raul played a vital role with numerous law firms in the Rio Grande Valley. Raul absolutely loved to cook, especially grilling and smoking meats in his backyard grill. He also loved the outdoors, tending to his herb and vegetable gardens and feeding hummingbirds. He loved to read, especially espionage novels. Though he loved his time in the kitchen, Raul always looked forward to Saturday night restaurant dinners with his family. Raul had an indomitable will to live which shone during his struggle with pancreatic cancer. Despite his struggle, Raul’s compassion and love for his family and others never faltered. Although cancer took his physical presence from Earth, it did not take Raul’s beautiful spirit which lives in the hearts of all those who know and love him. Raul’s family would like to express their deepest gratitude and appreciation for the exceptional care and commitment provided by his oncology team at Baylor St. Luke’s Medical Center, specifically by Dr. Benjamin Musher and Dr. Charu Agrawal. A special thanks is also extended to his compassionate RNs, Eugene, Edwin, Pam and Gracie. A Christian Mass celebrating the lives of Raul and his beloved mother, Carmen, will be held on Tuesday, November 2, 2021 at 10:00 a.m. at Our Lady of Guadalupe Catholic Church at 620 Dunlap Ave., Mission, Texas. Joint interment will follow immediately at Roselawn Cemetery in McAllen, Texas. Masks are required. Kreidler Funeral Home is in charge of arrangements.

Raul Ricardo Guerrero, beloved husband, father, son, brother, and friend, passed away on October 25, 2021, surrounded by his family. He was 62 years-old. He was preceded in death by his father, Raul Guerrero. His mother, Carmen Ramirez Guerrero,... View Obituary & Service Information

The family of Raul Ricardo Guerrero created this Life Tributes page to make it easy to share your memories.