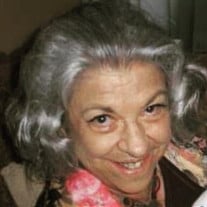 Born in Kansas, the first of two daughters for John and Marian Whitcomb, Pamela Whitcomb Friend lived a lot of lives in her 80 years. She was a somewhat rebellious schoolgirl – she and her girlfriends rolling their hair with beer cans, dating a rodeo star, getting sent to a girl’s school out of state – but she also helped to start the first Chi Omega chapter at Texas Tech University (Kappa Zeta), studied abroad in Mexico City and graduated with a double major in English and Foreign Languages (Spanish and French). After college, Pam worked for the NSA in Ft. Meade, Maryland, as a translator and code breaker and lived in Washington D.C. Then she married Joe Warren Friend, Jr., whom she met in college, and they settled in as teachers in San Angelo, Texas, with their dog Ginger. After a few years, they moved to Houston where Joe went to law school, and Pam taught elementary school, and in 1970, they moved to McAllen, Texas, which remained her home for the next 50 years. Before their four children came, Pam taught at the migrant school in McAllen, where she created a Montessori-based curriculum that is still used in migrant schools throughout the United States. In 1971, she became a mother to her first son, Trip. Fontaine, Whit and Phaedy followed in the seven years after that, and Pam found her favorite phase of her life: being a mom. There wasn’t a swim meet or football game (to watch the girls cheer) that Pam missed in those years, and she devoted countless hours to volunteering for McAllen schools, including helping to create the Gifted & Talented program for MISD, and all the activities in which the children were involved. She also was a member of the McAllen Junior League, Panhellenic Round Table and St. John’s Episcopal Church, where she served on the altar guild for many years. Pam was also a big animal lover with dozens of adopted cats and dogs that she loved dearly, and a talented creative. For many years, Pam enjoyed painting checks on picture frames and bright colors on tiny Mexican churches. For more than a decade, Pam worked at Stein Mart, where she helped people feel beautiful, and also CopyZone, where she helped people announce their big events, which brought her so much joy. Pam leaves a legacy of love, including her sister, Laine Whitcomb, her four children Joe Warren Friend III (Aimee), Marian Fontaine Dearth (Robert), John Whitcomb Friend (Renee) and Phaedra Friend Troy; seven grandchildren – Olivia, Chloe, Luke, Max, Genevieve, Willow and Trip – and a host of friends whom she loved dearly. Services at St. John’s Episcopal Church will be announced in the future when it is safer to congregate. In lieu of flowers, please hug your family closely or perhaps make a donation to a children’s charity or animal sanctuary.

Born in Kansas, the first of two daughters for John and Marian Whitcomb, Pamela Whitcomb Friend lived a lot of lives in her 80 years. She was a somewhat rebellious schoolgirl &#8211; she and her girlfriends rolling their hair with beer cans,... View Obituary & Service Information

The family of Pamela Whitcomb Friend created this Life Tributes page to make it easy to share your memories.

Born in Kansas, the first of two daughters for John and Marian...