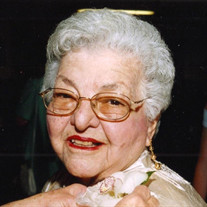 Olga Smith was the 5th child of Leonides and Genoveva Guerra Gonzalez’s ten children. She is survived by her two daughters, Carol (Charles) Loyd, and Shelley (Paul) Bryant. Her grandchildren are Laurie (Joe) Cantu, Travis (Amie) Smith, Texas (Christie) Bryant, Drs. Summer (Colin) Donovan, Andrea (Mike) Holman, Michelle Loyd and Dr. Caitlin Loyd. Great-grandchildren are Nathan and Jacob Cantu; Zoe Bryant, Callum and Lark Donovan. Sisters include Elpidia Smith, Gloria Guajardo and brother, Angel Gonzalez. She was preceded in death by her loving husband of 63 years, Gerald Smith, and son, Lt. Col. James Smith. She lived an amazing life for 95 years. With many setbacks in her life, she succeeded in her personal life journey. She worked hard to get her education. In 1939, she graduated from Edinburg High School, and then got an Associate of Applied Science from Edinburg Junior College. She met her husband, Gerald Smith at Moore Air Base where he was stationed and she worked during WWII. She graduated in 1957 with a Bachelor’s degree and then a Master’s degree in 1977. As a teacher, her work ethic and sincere interest in her student’s education for 31 years are the shining stars in her crown as many of her students still fondly remember her. She was a member of the Daughters of the Republic of Texas Villa de San Agustin de Laredo Chapter and a lifelong member of St. Mark Methodist Church. Her memorial service will be at Kreidler Funeral Home on February 18, 2017 at 1:00pm. Her ashes will be interred in the columbarium at the Veteran’s Memorial Cemetery with her husband and alongside her son. Our sincere thanks go to the staff at The Bridges of Edinburg and Gracia Hospice Care. In lieu of flowers, donations can be made to the Leonides and Genoveva Guerra Gonzalez Endowed Scholarship Fund at UT-RGV, University Development Office, 1201 W. University Drive ITT 1.210, Edinburg, TX 78541-2999 or Gracia Hospice Care at 717 E. Esperanza Ave, McAllen, Texas 78501.

The family of Olga Smith created this Life Tributes page to make it easy to share your memories.

Olga Smith was the 5th child of Leonides and Genoveva Guerra...