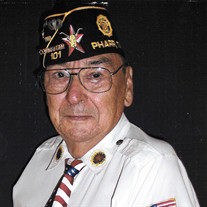 EDINBURG- Norman I. Shupe, 81, passed away Wednesday, October 5, 2016. Norm was born in Bloomington, Illinois, on October 16, 1934 to Howard and Lois Shupe. In his early years, Norm excelled in football, baseball, and Boys Scouts of America, earning the prestigious rank of Eagle Scout. Norm attended Eureka College in Illinois where he played football. It was at Eureka College where he met his wife of forty-eight years, Patricia Marshall. Norm served in the U.S. Army from 1954-1958 as a paratrooper, stationed in Germany during the Cold War. He was also member of the Army Reserves from 1958-1962. “Stormin’ Norman,” as he became known, raced locally in both Albuquerque, New Mexico and the Rio Grande Valley for many years. During his Indy Car racing years, Norm traveled throughout the United States as well as Japan with Bobby Unser and other racers as a member of the Vita Fresh Racing Team. Norm moved his family to the Rio Grande Valley when he was hired as ranch manager of the GVL Ranch in San Manuel. He later taught Auto Mechanics at Edinburg CISD, worked for Downing Construction, and returned to education, teaching Auto Mechanics for Mission ISD until his retirement in 2002. Norm was a member of Edinburg Retired Teachers Association, serving as Local Unit Legislative Chairman. He was a proud member of American Legion Post 101 in Pharr and Post 408 for over twenty years. He was elected 15th District Commander and Post 101 Commander. When his son was in high school, he enjoyed hosting spaghetti dinners for the Edinburg Bobcat football team. He looked forward to joining the parents, players, and coaches in team bonding. He loved traveling with his wife across the country in their motor home, gardening, fishing, cooking, and spending time with family. He particularly enjoyed cooking for American Legion dinners. Norm is proceeded in death by his parents. He is survived by his wife, Patricia; sons, Michael (Angela) Shupe of San Antonio, Lane (Gina) Shupe of McAllen, and Gene (Letty) Shupe of Edinburg; sisters, Leah Shupe of Mexico, MO and Susan Finely of Dunlap, IL; six grandchildren, Chris Shupe, Blaine (Brittany) Shupe, Magalli Hernandez, Angela Hernandez, Zoee Shupe, and Jaxson Shupe; and his cherished dog, Taffy. He is also survived by numerous nieces, nephews, and cousins. A Celebration of Life Services will be held at 1:30 P.M., Sunday, October 23, 2016, at First Christian Church, 410 West University Drive, Edinburg, TX. As an expression of sympathy, memorial contributions may be sent to First Christian Church in Edinburg or First Christian Church 1201 E. Fern in McAllen. Funeral services are under the direction of Kreidler Funeral Home in McAllen.

EDINBURG- Norman I. Shupe, 81, passed away Wednesday, October 5, 2016. Norm was born in Bloomington, Illinois, on October 16, 1934 to Howard and Lois Shupe. In his early years, Norm excelled in football, baseball, and Boys Scouts of America,... View Obituary & Service Information

The family of Norman I Shupe created this Life Tributes page to make it easy to share your memories.