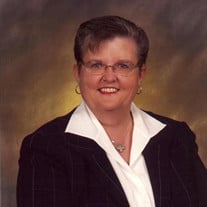 Nancy was born in Olney, Illinois, to Myra and Gilbert Nadler in 1945. After her father died when she was three years old, she lived with her mother and grandmother on a farm in southern Illinois. Nancy began her elementary education in a one-room school in Denver Township, Illinois. That school was consolidated with the West Richland School District in Noble, Illinois. She graduated from Noble High School in 1963. Nancy began her college education at the formerly named Evansville College, Evansville, lndiana. Her first declared major was in elementary education. By the end of her sophomore year she was unhappy with that choice and transferred to a major in music. She was awarded scholarships but had to work several jobs in order to complete her undergraduate degree, due to the family financial situation. In 1968, she received a Bachelor of Music Education degree from the University of Evansville. Nancy's first employment after graduation was as orchestra director in grades 4 through 8 in Lyons District #103, Cook County, Illinois. This included seven schools in five suburbs: Berwyn, Stickney, Lyons, Brookfield and Riverside. All students were bussed to a central location before school for the full orchestra rehearsal, and then the rest of the day was spent going from school to school giving class lessons. In April of 1969, she married Wesley Shepard, who was also a music teacher. At the end of the school year she moved back to Evansville, Indiana and started pursuing her Masters of Arts degree, which she finished in 1971. Upon finishing that degree she was employed in Huntingburg, Indiana, teaching General Music, grades K-6, Middle School Band Director and Assistant High School Band Director . The following two years she and her husband, Wes, traveled the USA. That was a great education in itself. Eventually these travels brought them to McAllen, Texas. When they joined the McAllen Town Band it was soon apparent to others that they were proficient in music. Henry Rodriguez hired both Wes and Nancy to teach solos and ensembles at Lincoln Junior High School. During the second year, a director resigned at Lamar Junior High School at the end of the first semester. Gary Zook approached Nancy to take this job. After much urging, Nancy took the job with the stipulation that she would not teach summer band camp, and she would not be back the following year. Well, thirty years later Nancy retired from the McAllen ISO. During these thirty years, Nancy was the Lamar Junior High School band director for 12 years, first assistant at Memorial High School for 5 years, and head director at Travis Middle School for 13 years. A major challenge presented itself at Lamar when Nancy agreed to take over after the director resigned, because the band had only two months to prepare for UIL as a Class CC group. Nancy discovered that the clarinets had never crossed the "break" and the cornets had not yet played third spaced "c". There was much teaching to be done and in an extremely short time. Nancy met the challenges many times, and the program grew from 22 students to 317 band students. Before the end of her tenure at Lamar she had won several UIL Sweepstakes Awards with her bands. In the summer of 1985 Nancy attended the Vandercook School of Music for postgraduate study. While she was teaching at Memorial High School Nancy's band won the first UIL sweepstakes for a second band in the history of the high school. Her band placed in the Great Southern Contest of Champions in Orlando, Florida and Carlsbad Music Festival at Carlsbad, New Mexico. In 1990 Nancy moved to Travis Middle School where she had several Sweepstakes bands. Throughout the years many of her students qualified for the All-Valley Band, and her students did extremely well at solo and ensemble competitions. She worked under head directors Gary Zook, Ray Guzman, Paul Mann, Robert Jackson, Bryan Herring, Charles Casillas, Darrell Anderson and Jim Egger. Related activities of Nancy's career are: Member of the Tri-State concert Band (professional band), Olney Cummins Municipal Band, Member and Director of McAllen Town Band, Adjudicator for many contests, Student teacher supervisor for UTPanAm and Texas A & Mat Kingsville, and teacher advisor for the ACT program at UTPanAm. Professional memberships included Sigma Alpha Iota, MENC, IMEA, ATPE, TMEA, TBA, International Clarinet Society, and Women Band Directors National Association. She was elected to Who's Who Among America's Teachers in 1998 and 2002. Nancy was Teacher of the Year in McAllen in 2003. Upon her retirement, the band hall at Travis was named after her---Shepard Hall. Her great passion was to help middle school students. Nancy's competitive spirit is apparent in every activity she did. She was an avid golfer and sailor, she made her first "hole in one" last year. Nancy raced sailboats on Walloon Lake, Michigan, in the summer. She won several medals and pennants, as well as the Curtis Sailing Cup in 1979, 1986, and 1988, the Commodore's Trophy in 1980 and 1985 and was "Sailor of the Year" in 1982 and 1985. In 1978 she competed in the Highlander National Regatta finals. She loved photography, fishing, jet skiing, boating, and swimminq at her summer cottage, named "Rallentando" on Walloon Lake. Nancy was honored to be the first woman elected to the Rio Grande Valley Band Directors Hall of Fame.

Nancy was born in Olney, Illinois, to Myra and Gilbert Nadler in 1945. After her father died when she was three years old, she lived with her mother and grandmother on a farm in southern Illinois. Nancy began her elementary education in a one-room... View Obituary & Service Information

The family of Nancy Shepard created this Life Tributes page to make it easy to share your memories.

Nancy was born in Olney, Illinois, to Myra and Gilbert Nadler...