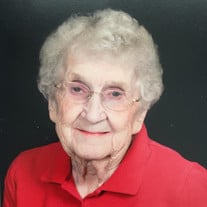 Mary Belle Pax of Pharr, Texas passed away Wednesday night, October 12, 2016. She was 86 years old. Mary was born the fifth of six children to Kezia and Gus Rick in Trinidad Colorado on February 12, 1930. Her father died in a coal mining accident when she was three years old. She often told stories to her own six children of what is was like to grow up poor in Colorado. One story in particular was of when her younger brother Jim fell from a tree and broke his arm in a compound fracture. “Mom sat him down in the bath tub and scrubbed him up before he could see the doctor! And because we were poor we got the town drunk for a doctor. The bone was set incorrectly and had to be reset.” The stories were always told with love and fondness for her family and childhood. Her mother died when she was 14 years old. In 1950 Mary married James Henry Pax in Seattle Washington. They had six children together; Steven, James, Susan, Elizabeth, Jeanette and Thomas. When Mary’s sixth child, Thomas was born, her other five children all came down with a serious illness diagnosed as nephritis. They were all very sick and hospitalized for a time, and spent many weeks on bed rest. Mary worked tirelessly to bring all of her children back to health. That experience became a defining moment for her family. Five of Mary’s children graduated from college with the oldest, Steven earning a PHD in Mathematics from the University of Tennessee and her youngest Thomas graduating from the US Naval Academy. Jeanette the only child not to attend college, worked as a successful jewelry store owner with her husband Terry. Mary tolerated her husband's habit of changing jobs and got used to moving the family. She gave birth to each child in a different city; Superior, Wisconsin, Celina, Ohio, Saint Mary’s, Ohio, Galion, Ohio, Providence, Rhode Island and Plymouth, New Hampshire . In addition to those towns Mary spent many years in Findlay, Ohio, raising her family and working as a book keeper. After James and Mary divorced, Mary was finally able to stay put and lived over 15 years in Victoria, Texas where she worked in home health care scheduling nurses for home visits. When Mary’s last child left the nest she decided to go to nursing school herself! This was particularly courageous as she needed to attend the local high school in Findlay Ohio to meet the admissions requirements for chemistry and biology. So there she was being taught by the very teachers who had congratulated her on her own outstanding children. Mary then attended nursing school for two years in Toledo, Ohio. At the age of 70 Married retired to Mission, Texas where she was close to her son Jim of McAllen, Texas. Mary lived in the Adobe Wells golf community for over 10 years, prior to moving to an assisted living residence in Pharr, Texas. Mary enjoyed playing the card game bridge. Wherever she lived she always found a game or joined a bridge club. At Adobe Wells Mary taught many people how to play the game. Mary also enjoyed shooting pool. Mary was a member at the Valley Community Church in McAllen, TX where she enjoyed much fellowship with her "faithful friends". Mary also volunteered for many years with the McAllen Medical Hospital Auxiliary. Mary is survived by her children, Steven Pax of Belmont, Massachusetts, James Pax married to Carol of McAllen, Texas, Susan Pax, Beth Thomson of Arlington, Virginia, And Thomas Pax of Orlando, Florida; her grandchildren, Kate Eyster of Shelby, Ohio, Tony Beall of Findlay, Ohio, Jeff Beall of Findlay, Ohio, Johnathan Pax of Austin, Texas, Ashley Pax of Austin, Texas, Rebecca Pax of Austin, Texas, Andrew and Brandon Thomson of Arlington, Virginia, Alex Pax of Dallas, Texas; and her great-grandchildren, Nic and Max Eyster of Shelby, Ohio, Abby, Holly, Travis and Addison of Findlay, Ohio, Avery and Paxton Beall of Findlay, Ohio Mary was predeceased by her daughter, Jeanette Pax of Findlay Ohio; her grandson, David Pax of McAllen, Texas; and her brothers, John and Bob.

Mary Belle Pax of Pharr, Texas passed away Wednesday night, October 12, 2016. She was 86 years old. Mary was born the fifth of six children to Kezia and Gus Rick in Trinidad Colorado on February 12, 1930. Her father died in a coal mining... View Obituary & Service Information

The family of Mary Belle Pax created this Life Tributes page to make it easy to share your memories.