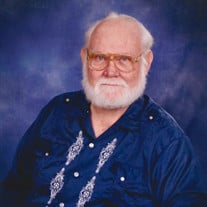 Marvin Lee “Tuffy” Jackson, 79, beloved husband, father, grandfather, uncle, cousin, and friend passed away Monday, February 21, 2022 at McAllen Heart Hospital. Tuffy was preceded in death by his parents Morris and Minnie Lee Jackson, brother Mark Jackson, fraternal grandparents Walter and Mabel Jackson, and maternal grandparents Floyd and Minnie Lee Bullard. He is survived by his wife of 53 years Roberta Schuster Jackson ; sons, Christopher, Carl, and Morris Cody (Stephanie); daughter, Lori; sister, Maureen Reed (Robert); brother, Duane Jackson II (Bennie);aunt, Mrs. Bonnie Murphy; cousins, Bonnie Myers, Cynthia Olfers, Shannon Murphy, Marty Moore, Allene McLeod, Ann Havens, and Larry Phillips. Tuffy was a life-long resident of Edinburg. He played football for and graduated from Edinburg High School. He attended Pan American College where he met his future wife. Tuffy was a member of the Edinburg Volunteer Fire Dept. from the age of eighteen. He was also a member of the Hidalgo County Sheriff’s Posse and was a captain several times. Tuffy was well known for helping out at Rio Round Up where he was famous for cooking burgers at the cook shack. He was also a working member of the Edinburg Beef Club since the 1980s. Tuffy and his brothers were third generation owners and operators of Bullard Sheet Metal and Roofing Co. Tuffy was a people person and was a friend to all. He and his buddies loved to meet on a daily basis for coffee, breakfast, and good conversation. He was always there to offer a helping hand. Many people probably have a story of Tuffy coming to the aid of whoever asked for it. Tuffy loved the outdoors, especially hunting and fishing. He really enjoyed spending time out at his ranch, tending his cattle and horses and catching glimpses of the beautiful wildlife there. He was even known to wrangle a few rattlesnakes from time to time. Tuffy was the proud grandpa to 13 grandchildren: Chase, Hunter, Brayden, Kasy, Dennis, Edward, Robert, Amber, Elijah, Kailey, Makenzie, Scarlett Jackson, and Theron Smith. Visitation will be held on Wednesday, March 2, 2022 at Kreidler Funeral Home in McAllen from 5:00-7:00 pm. Funeral service will be at First United Methodist Church 4200 N. McColl Rd. on Thursday, March 3, 2022 at 10:00 am. Interment will follow at Roselawn Cemetery with Edinburg Fire Dept. as pallbearers. Please consider making a donation in memory of Tuffy Jackson to First United Methodist Church of McAllen Building Fund or Edinburg Beef Club to benefit the scholarship fund. Please make checks payable to Edinburg Beef Club, 1911 E. Rogers Rd. Edinburg, TX 78542. Please note in memory of Tuffy Jackson on memo of check.

The family of Marvin Lee "Tuffy" Jackson created this Life Tributes page to make it easy to share your memories.