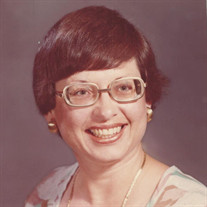 (22 July 1939 - 31 March 2022) Margaret Rose Allison, 82, of McAllen, Texas, passed away peacefully on Thursday, March 31st, 2022 at McAllen Medical Center. Born July 22nd, 1939 in Corpus Christi, TX, she was the daughter of the late George W. and Rosa Lee (Kirby) Munn. Margaret was the Salutatorian of Taft High School, Class of 1957. Afterwards, she received a degree in Business Education with a minor in English from Texas A&I College in Kingsville, TX. In 1960, she married the love of her life Terry. Margaret taught at Navasota and College Station, TX elementary schools for six years. Furthering her own education, she obtained Master Degrees in Elementary Education and Business Education from Sam Houston State College and the University of Houston. Beginning in 1971, Margaret taught Business Education and Computer Science at Pan American University (UTRGV) until her retirement in 2006. Margaret, always wishing to serve her Savior, the Lord Jesus Christ, was committed to serving those around her. As a member of the Abundant Grace Community Church in Edinburg, TX, she lead a support class for people separated and divorced for nearly 13 years. Margaret also was a member and served as president of the Christian women's organization known as "Women's Aglow". She maintained a number of telephone and text-based counseling relationships with a number of women over many years. Her most treasured things of life were family and long-term friendships. She loved traveling, cooking and organizing parties at her home. Continuing to serve her community, she was a cofounder and officer for the McAllen/Hidalgo County Tea Party from 2010 through 2015. Margaret was preceded in death by her parents and brother, George Munn. Margaret Allison is survived by her husband, Terry C. Allison and two daughters, Leslie A. Carroll (Allison) and her husband Ken of Grapeland, TX and Melissa L. Allison, and her husband, Doug Stumpf of Aledo, TX, along with two brothers, Harold Munn of Detroit, Michigan and Leon Munn of Las Vegas, NV. Additionally, Margaret has two greatly loved grandchildren, Daniel and Michael Carroll of Grapeland, TX. A memorial service will be held at 11:00 am, Saturday, 30 April, 2022 at Abundant Grace Community Church Chapel in Edinburg, TX. The service will be live-streamed as well. There will be no graveside service. In lieu of flowers, you are invited to make a donation in her name to the Samaritan's Purse at samaritanspurse.org or a contribution to a similar appropriate charity such as The Salvation Army.

The family of Mrs. Margaret Rose Allison created this Life Tributes page to make it easy to share your memories.