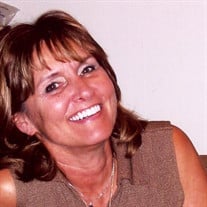 Leigh Ann Krause, 70, of McAllen, died Sunday, July 31, 2016, after an extended illness. Leigh Ann was married to her devoted husband Michael for 44 years. Leigh Ann, daughter of Jack and Beulah Douglas, was born and raised in Greensboro, North Carolina, and attended Grimsley High School and Western Carolina University, where she earned her bachelor's degree, later to be followed by a Masters in Education from The University of Texas-Pan American. Leigh Ann and Michael met in Charleston, South Carolina, where Michael was on call while in the U.S. Navy and Leigh Ann was living there with friends while teaching school. They met first as friends when Leigh Ann was looking to sell her '69 Z28 Camaro and Michael bought it. They fell in love and were married in Greensboro on October 21, 1972. They moved to McAllen, where Michael joined the family business and Leigh Ann continued her teaching career, working at several local schools, and at Sharyland ISD for 24 years. She was a nurturing, inspiring teacher and dedicated to all her students. Leigh Ann is the mother of Kimberly and Suzanne, who were the light of her life. She was their unflagging advocate and friend, and encouraged them in all their academic and life pursuits. She raised them to be independent, generous, kind, and adventurous, as she was herself. Leigh Ann loved spending time with her daughters and their friends, taking them to concerts and the beach, her favorite place. She had a vibrant and beautiful spirit that will be remembered by all who were lucky enough to have known and loved her. Leigh Ann is survived by her husband, Michael Krause, her daughters, Kimberly Krause and Suzanne Krause, her mother, Beulah Douglas, and her sisters, Nancy Gunn and Kathy Peirce. The family is forever grateful to the loving and attentive care for Leigh Ann's later years given by Sylvia Bernal, Irma Delgado, Sofia Delgado, and Virginia Reyes. There will be no local service. In lieu of flowers, the family suggests donations be made to the March of Dimes, one of her favorite charities.

The family of Leigh Ann Krause created this Life Tributes page to make it easy to share your memories.