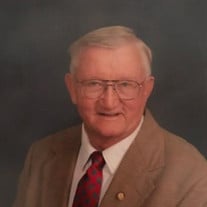 Jeptha Victor French aka “Jeep”, “Vic”, “Dr. French” 1936-2020 Victor French passed away peacefully at Amara Hospice on October 21, 2020. Vic was born December 16, 1936 in Cripple Creek, Colorado. He was raised in Fort Collins, Colorado and spent some time in Butte, Montana as a child. He was destined to have a career involving insects, as he was always found with a bug catcher around his grandparent’s farm in Julesburg, Colorado. He obtained both his BS and MS degrees from Colorado State University, then known as Colorado A&I. He soon married his college sweetheart, Lee Ann in Fort Collins. After turning down a job scouting barley fields for Coors brewery, he and his new wife left for University of California at Riverside where he worked for 7 years as a Research Technician. This is where his love for citrus sparked. Then, he and his wife journeyed to Lansing, Michigan where he received his PhD in Entomology from Michigan State in 1973. Soon the young couple had a daughter, Jeannine. Victor then accepted a position with Texas A&I Kingsville (which later became Texas A&M Kingsville) to become Professor of Citrus Entomology at the experiment station in Weslaco, Texas. This was the beginning of a long career that spanned several decades. Soon after this appointment, Vic and LeeAnn had a son, Derek and lived in McAllen, Texas. Over the years, Vic was successful at developing many techniques to help integrate pest control for Rio Grande Valley citrus growers. Vic truly loved mentoring young doctoral students from all over the world at the Citrus Center. He has traveled extensively to various citrus orchards across Mexico, Brazil, South Africa and throughout the US. He received the honor of being named Professor Emeritus from Texas A&M University. He was also awarded the prestigious Texas Citrus Legend Award in 2018. Growing up in Colorado, he became an avid Denver Broncos fan. Victor’s three passions in life were taking care of his family, Texas citrus, and finding a good deal at a rummage sale. Everyone at the citrus center could tell where Vic was by following his trail of coffee cups. Vic loved all things Western and read and re-read every single Louis L’Amour Book written. Vic leaves behind a daughter, Jeannine (Scott), a son Derek (Amanda) and grandchildren Jacob, Ethan, and Dylan along with nephews David and Jeff French in Colorado. He also leaves behind a snooty kitty, Sassy that will be rehomed, without the cat’s approval, with a dog and puppy. There will be a service on Saturday, November 28th at 11am at St. Marks United Methodist Church, 301 Pecan Blvd in McAllen. Following the service, a drive through celebration of life will be 1pm-3pm. Please call Kreidler Funeral Home in McAllen for details. In lieu of flowers, donations can be made to Texas A&M Citrus Center and St. Mark’s United Methodist Church.

The family of Jeptha Victor French created this Life Tributes page to make it easy to share your memories.