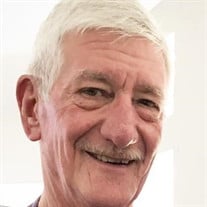 James "Jim" Marlyn Pavlica, 66, of McAllen, TX went to be with the Lord Saturday, February 18, 2017, after a series of complications from a surgery in Houston, TX. Jim was born February 6, 1951 in McAllen, TX. He graduated from PSJA High School in 1969 and attended Pan American University. Spending over 40 years as a general contractor and entrepreneur, Jim practiced loyalty and fairness in all of his business relationships. One of his greatest professional achievements was when he was chosen and became president of the McAllen Builder's Association. Jim was a loving husband, father, grandfather, brother, and friend. He was fully dedicated to his family and everyone he ever cared about. Jim was an "old soul" and always appreciated "the way things used to be," MASH, Andy Griffith, It's a Wonderful Life........you get the picture. Jim was a gifter. Valuing each of their 44 years of marriage, Jim took pleasure and pride in giving Diane the traditional-themed anniversary gift, never actually able to wait until their anniversary for her to have it! He was happiest blending his love of nature with his woodworking creations as well as barbecuing his famous ribs; gifting these gave him the most pleasure. All who knew and loved Jim know that He was the gift! Survived by: wife, Diane; daughter, son-in-law, and grandson, Shelby, Aaron, and Miles King of Arlington, TX; son, Travis of Dallas, TX; sister, Janice Van Dresar of LaGrange, TX; brother, John Dale of Port Aransas, TX; brother and sister-in-law, Jerry and Glenda Pavlica of Mission, TX; sister-in-law, Celeste Neal of Houston, TX; as well as a large and loving extended family. Preceded in death by: father and mother, John and Nelda Louise Pavlica of LaGrange, TX; father and mother-in-law, K.C. and Doris Buchanan of Alamo, TX; sister-in-law, Claudia Grohman of Buda, TX; brother-in-law, Jim Van Dresar of LaGrange, TX. A memorial service will be held at 2:00 pm Sat., Feb. 25, 2017 at Calvary Baptist Church, 16001 Harvey Dr. His family suggests that friends make memorial donations to The Wounded Warrior Project, PO Box 758517, Topeka, KS 6675-8517

James "Jim" Marlyn Pavlica, 66, of McAllen, TX went to be with the Lord Saturday, February 18, 2017, after a series of complications from a surgery in Houston, TX. Jim was born February 6, 1951 in McAllen, TX. He graduated from PSJA High School... View Obituary & Service Information

The family of James Pavlica created this Life Tributes page to make it easy to share your memories.