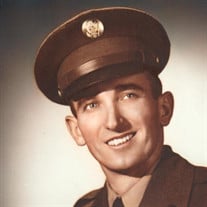 Alamo: Another Veteran has said goodbye to this world for a better place in Heaven. Harry E. "Sarge" Brunelle died Sept. 12, 2016 at McAllen Medical Center. Harry "Sarge" was a very proud Veteran of the US Army for 26 1/2 years. He served in three wars. He was drafted in 1945 and sent to Austria and Germany with the US Government Forces. In 1947 he was discharged and started attending college but in 1950 he called back when the Korean War broke out. Sarge was captured by the Chinese on April 23, 1951 and held for 2 1/2 years as a Prisoner of War in North Korea. After coming home, he decided to stay in the Army and spent the next 2 years as an instructor with the High School ROTC in Ironwood, MI. He was then sent to many countries, including Saudi Arabia, Iran and Germany. In 1968 he was sent to Vietnam as an advisor and while there he became ill with cancer from Agent Orange. In 1969, he came back to the United States and was an instructor with the University of Kansas ROTC Unit. When he finished that assignment, he decided to retire from the Army on July 31, 1971. He retired with 22 medals, including the Bronze Star, Purple Heart, Meritorious Service Medal, Prisoner of War Medal, Korean Service Medal, Vietnam Service Medal, Vietnam Cross of Gallantry and many more. In late 1971 he went to work for the K-Mart Corp. in the new distribution center, where he ended up in middle management for 17 1/2 years until his retirement in 1989 at age 62. In 1992 he decided to make Texas his home. Sarge is survived by his wife of 44 years, E. Louise James Williams Brunelle; four step children, Gary S. Williams (Sheri) of Topeka, KS, Patrick J. Williams (Mary Jo) of Overland Park, KS, Robert (Bobby) Williams (Karen) of Lawrence, KS, Carri Cay Casto (Scott) of Kimberling City MO; nine grandchildren, seventeen great grandchildren and one great great granddaughter. The family requests donations to be made out to Charcot-Marie-Tooth Association, PO Box 105, Glenolden, PA 19036. At his request there will be no services. Following cremation, he will be inurned at the RGV State Veterans Cemetery on Monday, September 19, 2016 at 10 a.m.

Alamo: Another Veteran has said goodbye to this world for a better place in Heaven. Harry E. "Sarge" Brunelle died Sept. 12, 2016 at McAllen Medical Center. Harry "Sarge" was a very proud Veteran of the US Army for 26 1/2 years. He served... View Obituary & Service Information

The family of Harry E. Brunelle created this Life Tributes page to make it easy to share your memories.

Alamo: Another Veteran has said goodbye to this world for a better...