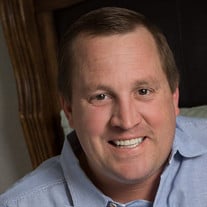 Grant Michael Peisen, 35, went to be with the Lord on Monday, December 12th, 2016. He was born on June 4, 1981, in McAllen, Texas. He is survived by his loving and adoring wife, Nichole Mery Peisen, and his precious sons, Liam and Logan. He is also survived by his mother, Val LaMantia Peisen, brother Marty and sisters Lisa Marie, Alex and Jessica; also, his paternal grandfather Joe (Derrelene) LaMantia, Jr.; his in-laws, George and Julie Mery, sister-in-law, Teryn and brothers-in-law, Nicholas and Keith. He also leaves many loving aunts and uncles as well as numerous cousins who consider themselves all siblings to each other. He is preceded in death by his father, William Dean Peisen, his paternal grandparents, George and JoAnn Peisen and maternal grandmother Reine Ann LaMantia. Grant attended McAllen Memorial High School, Richardson College in Dallas, and St. Mary’s University in San Antonio. After college, Grant joined his family’s businesses, L&F Distributors, working in Laredo, Roswell, Alpine, NM, El Paso and Favorite Brands in Austin. Grant is best remembered by his great sense of humor and ability to make everyone laugh. He was an amazing father, husband and son. He loved spending time with his close-knit family whether it be hunting, fishing, barbecuing or just being together and entertaining everyone with his stories. He especially loved taking his son, whom he referred to as his “partner”, on excursions. He adored his wife and sons and loved them greatly. He was known to be a great fence builder, along with his brother, Marty, when supervised by their Dad, with many stories to tell! He will be loved and missed dearly by all who knew him. Honorary pallbearers are Marty Peisen, Gregory LaMantia, Jr., Michael LaMantia, Nicholas LaMantia, Nicholas Mery, Keith Mery, Casey Cullen and Chase Davidson Services will be held on Saturday, December 17, 2016 at 11:00 a.m. at St. George Maronite Catholic Church at 6070 Babcock Rd, San Antonio, Texas. Family visitation will be held on Sunday, December 18, 2016 at the McAllen Country Club from 5:00-7:00 p.m., 615 Witchita Avenue, McAllen, Texas In lieu of flowers, memorials may be made to STARS Scholarship Foundation, 3900 N. McColl Road, McAllen, Texas 78501.

Grant Michael Peisen, 35, went to be with the Lord on Monday, December 12th, 2016. He was born on June 4, 1981, in McAllen, Texas. He is survived by his loving and adoring wife, Nichole Mery Peisen, and his precious sons, Liam and Logan.... View Obituary & Service Information

The family of Grant Michael Peisen created this Life Tributes page to make it easy to share your memories.

Grant Michael Peisen, 35, went to be with the Lord on Monday,...