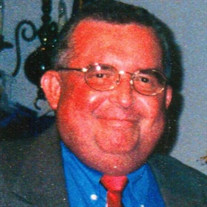 George Albert Garcia, 61, passed away on Sunday, March 6, 2015 at Comfort House in McAllen, Texas. He is now resting peacefully and free of the turmoil he has lived with for many years. We will always remember how George was able to touch each person he met with his smile and kind words. All his doctors, nurses, and caregivers remember that no matter what he was asked to endure he smiled, thanked them and said “Have a good day!”. Please remember him in this way as that is his legacy to us. A rosary will be recited Thursday, March 10th at Kreidler Funeral Home in McAllen, Texas at 6:00 p.m. and visitation with family from 6 to 8 p.m. A rosary will be recited at Kingsville Memorial Funeral Home on Friday, March 11th at 7 p.m., with visitation from 6 to 9 p.m. A funeral mass will be celebrated Saturday, March 12th, 9:30 a.m. , at Our Lady of Good Counsel Church in Kingsville and burial with military honors following at Chamberlain Cemetery in Kingsville. George was born February 12, 1955 in Kingsville, Texas to Ysauro and Alma Garcia. He graduated from H. M. King High School in 1973 and enlisted in the U.S. Army in 1974. He was an A & P mechanic with Beech Aero Space at NAS Corpus Christi, Texas until he moved to McAllen, Texas in 1983 where he practiced that trade at McCreery Aviation and the U. S. Border Patrol. He completed his Bachelor of Education at U.T. Pan American in 2000. George was enthralled with his love of hunting, was an excellent cook, and the last years were spent reading magazines and watching shows about hunting and cooking. George is survived by his wife, Cynthia (Cindy) Wells and they were blessed to celebrate their 40th anniversary in 2015. He is also survived by his parents, Alma and Ysauro Garcia of Kingsville, Texas. His brothers are Hector Garcia of Corpus Christi and Larry Garcia of Kingsville. His sister Deborah Garcia (Harold Williams) resides in Missouri City, Texas with George’s nephew, Adrian Williams. George’s in-laws who survive him include Dewayne (Lucille) Wells of Alvin, Texas; sister-in-law, Becky Wells of Bryan Texas and brother-in-law, James Wells (Marilyn) of Kingsville, Texas. Nieces and great nieces include Jennifer Guajardo (Josh) and Hayley Peevey of Bryan, Texas and Misty Stapp (Will) and Gracelyn of Austin, Texas. Other survivors include several aunts and numerous cousins. His family would like to extend special thanks to his “A Team” doctors and their staffs, DHR Outpatient Infusion department, staff at Cima Hospice, his provider from Caring Senior Service, the EMT’s who were able to transport him with care and dignity to Comfort House, and staff who cared for him at Comfort House in McAllen. Please remember George by making a donation to Comfort House in McAllen, Texas; Palm Valley Animal Shelter in McAllen, Texas, or a charity of your choice. kreidlerfuneralhome.com

George Albert Garcia, 61, passed away on Sunday, March 6, 2015 at Comfort House in McAllen, Texas. He is now resting peacefully and free of the turmoil he has lived with for many years. We will always remember how George was able to touch... View Obituary & Service Information

The family of George Albert Garcia created this Life Tributes page to make it easy to share your memories.