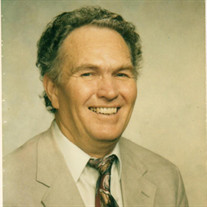 Gene Williams, 87, passed away September 19th, 2017, at his home in Pharr. Survivors include his loving wife, Graciela Logan Williams of Pharr; four daughters, Gail Ewing of Vinton, LA., Jeanne (Seth) Cohen of Austin, TX, Pamela (John) Watson of McAllen, TX, and Syndee (Ray) Brown of Springfield, LA, and one son, Mitchell Ray Williams of Los Angeles, CA. Gene is also survived by his cherished seventeen grandchildren and five great-grandchildren. As a determined and passionate counselor, Gene was instrumental in establishing The Stephouse, in Pharr, Texas, in 1977, which was one of the first treatment facility for chemically dependent individuals and their families in the Rio Grande Valley. Through his tireless and selfless dedication, Gene was a true visionary and pioneer in his endeavors and has touched countless lives by sharing his experience, strength, and hope for over 40 years. After actively retiring from counseling, Gene turned his focus to woodworking and his family, becoming a master carpenter (GW ENTERPRISES), producing custom made wood crafts and frames, and more importantly, enjoying the company of his wife, children and grandchildren. Even though Gene was “retired” from counseling, he never actually gave up his true passion which was helping others. It was his never ending goal, and because of these efforts, his family is eternally grateful and indebted. A memorial service will be held Saturday, September 23rd at 3:00 p.m. at Kreidler Funeral Home in McAllen to celebrate Gene’s life. Memorial donations may be given to the charity of your choice

The family of Gene Williams created this Life Tributes page to make it easy to share your memories.