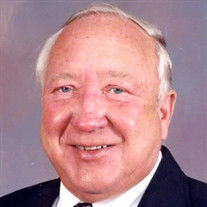 Gary Kinney, aka “Papa Kinney”, 82, passed away on June 1, 2020. He was a loving and devoted husband, father, grandpa, uncle, brother, entrepreneur and friend to many. Gary was born in 1937 in Wisconsin to Melvin and Hulda Kinney. He was the middle of two siblings. After graduating from high school in June of 1955, Gary went to work for Jerry Kasian Landscape Contractor in Milwaukee, Wisconsin. Within one year, he was promoted to superintendent to oversee mostly commercial projects. He supervised major landscape projects such as Interstate-94 from Minnesota to Illinois. Gary was then drafted in the US Army and was proud to service his country. Afterwards he rejoined Jerry Kasian Landscape Contractor (Green Acres Nursery) as an estimator and salesperson, then served as the firm’s secretary. Later he joined the nation’s largest landscape firm, Sweeney Brothers, Inc. of Johnson Creek, Wisconsin and rose to the third ranking individual in the company & met the love of his life, Beverly. With much persistence, Gary convinced Beverly to marry him and they have been happily married for 54 years. Gary and Beverly formed Grove Compost Company, Inc., composting and selling duck manure. The company was sold in 1977 and is still in operation today. During a fishing trip to the Lower Rio Grande Valley of Texas, Gary met Ed Bruner of Bruner Bonded Warehouse in Alamo. For a short period of time, Gary made trips from Wisconsin to the Rio Grande Valley to sell duck manure. He and Beverly then purchased Bruner Bonded Warehouse in 1975 and uprooted their two young boys from Wisconsin to Donna, Texas and made the Rio Grande Valley their home where they loved the weather and their many friends. Gary was instrumental in the organization of Valley Nursery Growers, Inc. and served as its secretary/treasurer for seven years between 1977 and 1984. Spearheading this effort, Gary with other nurserymen successfully lobbied for the creation of an ornamental research position at the Texas A&M University Agricultural Research and Extension Center at Weslaco in 1983. During his career, Gary has served on a multitude of committees and boards & received awards such as: Horticulture United – 1977-1985 Board of Directors, Rio Grande Valley Horticultural Society, President in 1985 Texas Association of Nurseryman Region VII, President in 1984 Board of Directors, Texas Association of Nurseryman 1989-1999 Chairman of the Board, Texas Nursery & Landscape Association (TNLA) 2000-2001 Texas A&M University Agricultural Development Council 1985 Chairman of the Ornamental Research Endowment at Texas A&M 1991 1994 Recipient of the Arthur T. Potts Award Department of Horticultural Sciences of Texas A&M Horticulture Hall of Fame in 2002 2004 TNLA Arp Award Gary was full of life, a whole lot of fun to be with, a leader in the Horticultural & Landscape Industry, dedicated to his family, the business and had a love for fishing & hanging out in Port Mansfield, Texas, hunting at his family ranch and the Green Bay Packers. Gary is preceded in death by his parents Melvin & Hulda, his sister Doris Greenlees and brother Melroy Kinney. He is survived by his wife Beverly, sons, Todd (Michelle) and Chad (Erika), and six grandchildren, Austin, Chase, Kirsten, Karson, Meagan and Kailey. Visitation and rosary will be held from 6 to 8 p.m. on Thursday, June 4, 2020, at Kreidler Funeral Home, 314 N. 10th ST, McAllen. A Funeral Mass will be at 10 a.m., Our Lady of Sorrows Catholic Church, 1108 W Hackberry, McAllen. Interment will take place afterwards at Val Verde Memorial Gardens, 6200 Val Verde RD, Donna. For the safety of attendants, mask will be required at the services along with 6’ physical distance per family. In lieu of flowers, the family requests that donations be made to Our Lady of Sorrows Catholic Church in McAllen, the RGV Food Bank and the Michael J Fox Foundation.

The family of Gary Kinney created this Life Tributes page to make it easy to share your memories.