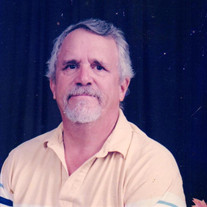 Gary Soule Chauvin, “Uncle Bud”, age 75, passed away peacefully at his home on Sunday, April 29, 2018. Gary Chauvin was born in San Diego, California in 1942, and moved to McAllen, Texas in his youth. Gary graduated from McAllen High School in 1960. He studied at Oblates of Mary Immaculate after high school, where he earned a Masters in Theology. He was ordained as a Catholic priest in 1970, at the age of 28. After several years in the priesthood, Gary began to dream of starting family. He met Janie Gutierrez and made this dream come true. After he and Janie married in 1978, Gary worked in the family produce business, Chauvin and Sons, while raising his four children. In 1998, after earning his teaching certificate and Masters in Education at UT Pan Am, Gary began teaching in La Joya ISD, where he filled roles both in the classroom and in physical education for several years. Even after retiring from teaching, Gary continued educating the youth of the valley for fourteen years as a tutor at Sylvan Learning Center. During retirement, Gary began participating in 5K’s, triathlons, and other races, and it quickly became a passion. He kept an impressive collection of race medals, and typically finished in the top 3 for his age group in the McAllen summer 5K series. Gary has been a member of the Catholic church his entire life, and attended Our Lady of Sorrows as well as our Lady of Perpetual Help. He loved to sing in church for all to hear. He enjoyed taking his family to his favorite crabbing hole, watching sports (Go Yankees! Go Lakers!), and spending time with his family. He was a dedicated husband, father, grandfather, Catholic, educator, coach, and athlete. He is preceded in death by his father, Andrew Chauvin; mother, Thora Chauvin; and sister, Ann Brown. He is survived by his wife of 42 years, Janie Chauvin; daughter, Sara Friesen; son, Charles Chauvin; daughter, Mariana De La Rosa; son, Larry Chauvin; and nine grandchildren. A viewing will take place from 4pm to 8pm on Wednesday, May 2, 2018 at Kreidler Funeral Home McAllen, TX. Rosary will take place at 7pm. Funeral services will be held on Thursday, May 3, 2018 with a 10am mass at Our Lady of Sorrows Church followed by the burial at Roselawn Cemetery. Memorial donations may be made to https://www.gofundme.com/sem5z-buds-medical-fund

The family of Gary Soule Chauvin created this Life Tributes page to make it easy to share your memories.