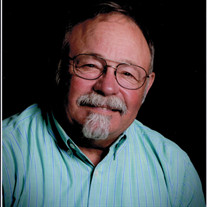 A Husband, A Father, A Grandfather, A Friend. He was a Hero and Mentor to us. A Decorated Veteran to our country, and a Friend to all. Fred Cappadona, Jr,73, was born and raised in Texas. He attended Kirwin High School and was an alumni of St. Mary's University in San Antonio, TX, class of 1968. While attending St. Mary's he met, and in 1969 married the love of his life Josie Castellano, of Brownsville, TX. They celebrated 49 years of marriage.Together they raised 5 children, Fred Cappadona III, Justin Cappadona, Jenna Hawkins, Gail Cappadona, and Jaclyn Jackson. Fred and Josie are proud grandparents to 12 grandchildren! In January 1969 Fred was called to active duty in the United States Army and spent 4 years on active duty. His 1st year was dedicated to helicopter flight school as a pilot. He served for 1 year in Vietnam as a helicopter gun ship pilot with the 240th Assault Helicopter Company, where he received the following medals: The Distinguished Flying Cross, The Air Medal, National Defense Service Medal, Army Aviator Badge, Vietnam Service Medal with 2 Bronze Service Stars, and the Republic of Vietnam Campaign Medal. The last 2 years were spent in Fort Hood, Texas with the 1st Calvary Division. When he left the service he held the rank of Captain. In May of 1973, Fred began his career with the Texas Farm Bureau Insurance Company. He became the agency manager for Hidalgo County in April 1998 and in 2005, Starr County. Hidalgo County at that time had 2,500 members and by his retirement in 2012, the county had grown to approximately 4,300 members. During his tenure he served on the hidalgo county appraisal review board for 6 years. He served on the Hidalgo County Emergency Service District #3 Board which encompasses Precinct 4, as well as the Linn San Manuel Community Improvement Committee. Fred served as a board member on the Museum of South Texas History and The South Texas Property Rights Association. Fred was a member of many organizations, such as, a life time member of the NRA, the Beef Master Association, The American Legion, post 0408, the CCA, Ducks Unlimited and many more. Fred was an avid outdoors man who loved to hunt and fish. He spent the most of his retirement years on a boat and on the ranch teaching his grandchildren about life. He was a grandfather who doted on his grandchildren and was happy to be nicknamed the family's "Snake Hunter". Fred passed unexpectedly on Wednesday, November 21. He will be dearly missed. Fred is predeceased by his parents, Fred J. Cappadona Sr. and Gladys C Cappadona. His brother, John A. Cappadona, and sister, Mary Francis Cappadona. Fred is survived by his wife, Josie C Cappadona, his 5 children and 12 grandchildren: Fred J. Cappadona III (Teri) Kyle, Blake, Kaitlyn; Justin M Cappadona (Victoria) J. Cayetano, Federico, Vicente; Jenna Hawkins (Justin) Reed, Reagan; Gail Cappadona (Raul) Emma; Jaclyn Jackson (Kevin) Marissa, Jarett, Ethan; and his brother, Joseph Cappadona. Honorary Pallbearers: Marin Garza, Joseph Cappadona, Gilbert Vela, Doug Mogford, Charles Figari, Enrique Saldana Jr., Segundo de la Garza, Paul Townsend, Allen Roberts, Norman Jensen and Arcadio Guerra. Visitation will be held Saturday, November 24, 2018 5:00 PM to 8:00 PM at St. Anne's Catholic Church parish hall in San Manuel - Linn. The funeral service will be Monday, November 26, 2018 2:00 PM at St. Anne's Catholic Church in San Manuel - Linn. Memorial donations to Linn-San Manuel Community Inprovement Committee, P.O. Box 345, Linn, TX 78563

A Husband, A Father, A Grandfather, A Friend. He was a Hero and Mentor to us. A Decorated Veteran to our country, and a Friend to all. Fred Cappadona, Jr,73, was born and raised in Texas. He attended Kirwin High School and was an alumni of... View Obituary & Service Information

The family of Fred Cappadona created this Life Tributes page to make it easy to share your memories.

A Husband, A Father, A Grandfather, A Friend. He was a Hero and...