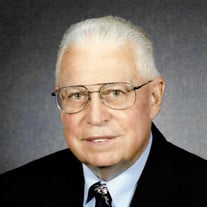 Dr. Frank Wayne Judd 1939 - 2020 Dr. Frank Wayne Judd, distinguished professor at the University of Texas Pan Am University, passed away on December 11, 2020 at his residence. Frank was born in Wichita Falls, Texas, 1939, to Ruby Dot and Frank Judd, where he spent most of his childhood. His parents preceded him in death. He went into the US Navy in 1957 until 1960. He was the first person in his family to attend college, and earned an undergraduate degree from Midwestern University (1965). He attained an MS degree at Texas Tech University in Zoology and a PhD degree in 1973. He first joined the faculty of the Biology Department at UT-Pan American University in 1976, where he remained until his retirement from UTRGV in 2020. During his long and storied career he served as the director of the Coastal Studies Lab (1984-1994) and chaired the Biology department (1996 to 1999). Frank married Jane Okamura in 1969 and they had two daughters Amy Spangler (husband David) and Naomi Williams (husband Billy), two grandsons (Mitchell and Andrew Spangler) and two granddaughters (Kaylah and Jasmine Williams). While developing and maintaining an outstanding professional program, his love and devotion to his family never waivered. He and Jane were married 51 years. Frank's career included stents as president of the Southwestern Association of Naturalists, Editor of the Texas Journal of Science, a member of the editorial board of Herpetologica, and the editor of SWANNEWS. He received numerous honors and awards, including the Distinguished Scientist Award from the Texas Academy of Sciences, the University Distinguished Faculty Award (research), and the Annual Conservation Award from the Frontera Audubon Society. He obtained 34 contracts or awards supporting his research and education duties and published 140 research publications, including three books, starting in 1967 and ending in 2020. His research reflects his interest in natural history and includes efforts associated with local fauna and flora. In addition to his research, he wrote a weekly column for a local newspaper from 1984 to 1994. Frank was a member of an elite series of naturalist who had deep and abiding interests in students, education, and research. He reminded us all that research unpublished was research unfinished. He was not only a guiding light to 13 MS students, but illuminated the lives of student and faculty peers through his intellect, dedication to purpose, willingness to work with and help others, and his dry wit. Once while collecting and hauling fossil matrix from a cave in Jamaica, he fell and broke his shoulder. His statement was that he fell out of a cave. When asked how a person could fall out of a cave, he lamented, "I cannot make it any simpler than that." His Christmas letters were gems of humor, and are already missed by his numerous acquaintances and friends. Unfortunately, the void for the environmental community only grows larger with the loss of such a dedicated and broad-based educator as Frank Wayne Judd. A private family graveside service for Frank will be held Thursday, December 17th at Roselawn Cemetery. In lieu of flowers the family requests memorial contributions be made to the James-Ware-Foltz Biology Fund at The University of Texas Rio Grande Valley, Office of Institutional Advancement, 701 E. Expressway 83, Box #13, McAllen, TX 78501. Gifts can also be made online at https://give.utrgv.edu/greatest-need. Select "Search for Gifts" and find the James-Ware-Foltz Biology Fund.

The family of Dr. Frank Wayne Judd created this Life Tributes page to make it easy to share your memories.