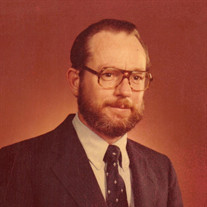 Alvin Marine Smith, OB-GYN, Retired, left this life on March 30, 2019. The man, fondly remembered as Doc Smith, had delivered 4,500 babies in his career. He was an advocate for women and the poor in South Texas. He volunteered with Indian Health Service in the Navajo Reservation, Shiprock, NM and the Blackfoot Reservation in Browning, Montana. His service as a charter board member of MUWT helped the fledgling organization become credible, funded and viable. He is survived by his children, son, Otha Wade (Catherine) Smith, McAllen, TX, and daughter, Amy Lee (Eric) Lundblad of Houston, TX and a brother, John W. Smith of Riverside, Cal. He was preceded in death by his wife of 48 years, Wanda Smith and his parents, "Dave" Davis and Lorene. Smith was born in Borger, TX in 1942. His childhood years were spent in San Angelo, TX, where the Boy Scout, who enjoyed the outdoors, taught himself to fish and hunt. These skills would lead to a related business in later life. His family moved to San Benito where he graduated High School as Valedictorian, receiving a National Merit Scholarship. He went on to Rice University, Houston, Texas. After graduation in 1969 with a BA in History, he entered Southwestern Medical School in Dallas, TX. As an MD. Doctor Smith then spent four years at Baylor University Medical Center Dallas, with internship and residency in OB-GYN. He was staff physician at the Medical Center Hospital, McAllen, TX from 1973 to 1991. He became Board Certified in 1975 and a Fellow of American College of OB-GYN. Smith entered private practice in McAllen from 1973 to 1982 and served as a volunteer OB-GYN teacher with UTSA Family Practice Residency, McAllen, TX. He was an associate professor UTSA program, then Clinical Professor. During Semi-retirement, he provided a lecture series with the residency program for medical students. In 1991, the Smiths moved to La Gloria, TX where they established a Trophy Deer Hunting ranch. As they hosted hunters, they also preserved nature in this protected area, over grown in native brush, inhabited by every species of local flora and fauna. Eventually, Doc had switched from his love of hunting to guiding hunters and becoming involved in the lore of Starr County brush lands. The Smiths were forced by illness to leave life in the country to re-establish town living near medical providers. Doc maintained his friendships with Starr County locals and ranchers. He had never lost his love of the brush lands where the surgeon's hand learned to string barbed wire fencing and other tasks required of ranch living. He spent the last five years with his loving and constant companion, Sandy Hall. A distribution of Smith's cremated remains will be deposited at the beautiful pond at Aqui Me Quedo Ranch to join those of his wife, Wanda.

Alvin Marine Smith, OB-GYN, Retired, left this life on March 30, 2019. The man, fondly remembered as Doc Smith, had delivered 4,500 babies in his career. He was an advocate for women and the poor in South Texas. He volunteered with Indian Health... View Obituary & Service Information

The family of Dr. Alvin Marine Smith created this Life Tributes page to make it easy to share your memories.