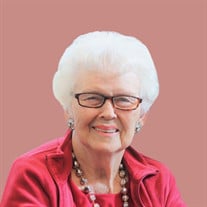 Dorothy Jean Stites Coffey, of Donna: Dorothy Coffey was born Nov. 16, 1936 died on May 10, 2020 in Allen, Texas. Raised a farmers daughter, her father, Orval Stites, was known as the "Strawberry King" of the Valley. A self-proclaimed 'daddy's girl', Dorothy loved horses, was a Donna Redskin Indian Sweetheart and raced cars for sport. Dorothy was a teacher in the Houston, Port Lavaca, Edinburg and Donna school districts for 31 years. She was dedicated to her family, church, and friends who cared for her deeply. Her greatest joys were found in teaching and her family. As a teacher, Dorothy touched many lives and always said she received as much as she gave. After retirement, she worked as a volunteer at Rio Grande Regional for 6 years. She then started tutoring in the H.O.S.T program in Donna ISD. Dorothy was preceded in death by her husband, Dale Coffey, father and mother, Orval and Iva Stites, a stepmother Tommie Boyce Stites, brother Neal Stites, and sisters Beverly 'Janie' Stites and Gweneth Hayes. She was also preceded in death by a wonderful step sister Barbara Boyce (Eggi) Edwards and stepbrother Miles (Margaret) Boyce and numerous cousins, nieces and nephews. Dorothy is survived by her sons Randall (Jeanine) Webb of Plano Texas; Richard Orval Webb of North Carolina; Terri (Eric) Lewis of McAllen Texas and Robyn Coffey of McAllen Texas; grandsons, Eric (Tesha) Lewis Jr. of Galt, CA and Marshall Lewis of Galt, CA; grand-daughters, Katelyn, Taylor, Mallory and Claire Webb. A memorial service will be held on May 30, 11:00 am, at Graveside in Restlawn Cemetery, La Feria, where she will be laid to rest with her soulmate Dale.

Dorothy Jean Stites Coffey, of Donna: Dorothy Coffey was born Nov. 16, 1936 died on May 10, 2020 in Allen, Texas. Raised a farmers daughter, her father, Orval Stites, was known as the "Strawberry King" of the Valley. A self-proclaimed 'daddy's... View Obituary & Service Information

The family of Dorothy Jean Stites Coffey created this Life Tributes page to make it easy to share your memories.