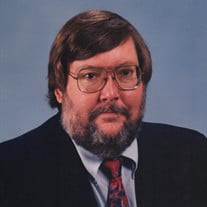 Don Bentsen, Jr. passed away on Sunday, April 23, 2017, from complications of diabetes. He was born on December 15, 1951 to Don and Nell Bentsen of McAllen, Texas. He was a graduate of McAllen High School, Class of 1969. Don attended the University of Texas in Austin where he pledged Sigma Nu and earned a BBA degree. After graduation he was involved in the family farming operations and managed citrus for Rio Properties, Inc. Following the death of his father, Don served as President and later Chairman of the Board of Rio Properties. He was a member of the First Presbyterian Church of McAllen. Don was an avid sports fan who always cheered on the Texas Longhorns, Dallas Cowboys, and U.S. Olympic teams. He enjoyed hunting, fishing, fast cars, boating, poker, music, and wildlife photography. Don loved to travel – from an extended road trip to Alaska, to gambling in Las Vegas, to searching for collectibles at antique markets from Round Top to London. He was a beloved “Uncle Don” to his numerous nieces and nephews. He was eager to entertain them with a card game, a swim, a good meal, a drive, a great story, or a trip to the ranch to find petrified wood. He was always ready with a secret stash of candy, cascarones and fireworks. Always the gentleman, Don was a generous and loving son, brother, and uncle. Don is survived by his three sisters: Rebecca Bentsen Phillips and husband Mel of Amarillo, Kathleen Bentsen Garfield of McAllen, and Karen V. Bentsen of Houston. Uncle Don is survived by nine nieces and nephews: Abigail Phillips Hinga and husband Sean of Denver, Colorado, Catherine Phillips Carrico and husband Kevin of Laramie, Wyoming, Lauren Phillips of Corozal, Belize, Nathan Garfield and wife Mandee of McAllen, Amanda Garfield of Hesperia, California, Graham Garfield and wife Cristina of McAllen, Garrett Garfield and wife Claudia of Santiago, Chile, Carter Bentsen of Houston, and Dylan Bentsen of Houston. Uncle Don is also survived by eleven great nieces and nephews: Brandon, Andrew and Emma Lentz; Evelyn, Sophia, Ricky and Calista Garfield; James and Maeve Hinga; and Cora and Claire Carrico. The family would like to thank Hermilia “Mila” Ovalle, Norma Barrera and Esau Hernandez for their assistance and loving care for Don Jr. A Memorial Service will be held at the First Presbyterian Church of McAllen on Saturday, April 29 at 11:00 a.m. with a reception to follow in the Parlor. In lieu of flowers, memorial contributions can be sent to: First Presbyterian Church of McAllen, P.O. Box 1029, McAllen, TX 78505; the American Diabetes Association, www.diabetes.org; or a charity of your choice.

Don Bentsen, Jr. passed away on Sunday, April 23, 2017, from complications of diabetes. He was born on December 15, 1951 to Don and Nell Bentsen of McAllen, Texas. He was a graduate of McAllen High School, Class of 1969. Don attended the... View Obituary & Service Information

The family of Donald Leroy Bentsen Jr. created this Life Tributes page to make it easy to share your memories.