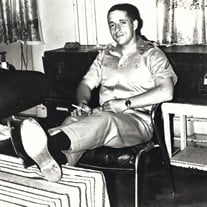 Dene McCoy Iliff age 82, surrounded by loving family left this world to join his heavenly family in the next. He was born in Sapulpa Oklahoma on September 22, 1939, to J. Dene & Berniece Iliff. From an early age he spent more and more time with his Dad at Bartlett-Collins Glass Company learning his high work ethic, eventually going to work for them at the age of 14. After graduating from Sapulpa High School, he moved to Louisiana to attend college. Not enjoying college life, he headed off to the big city of Houston Texas before deciding to embark on his military career. He enlisted in the Army in 1963 serving with honor until his honorable discharge in 1969. He met his future bride and wife, Judy (Riley) Iliff, when visiting home while on leave from Germany before heading off to OCS. After a whirlwind engagement and wedding they spent the next 57 years lovingly aggravating each other and doting over their only son Sean. In 1966 Dene and Judy moved to the Rio Grande Valley so Dene could go to work at International Paper. After successfully running several corrugated box and paper facilities, Dene shifted his focus to the buying and selling of produce. This was a work passion of his for the rest of his life. An avid fisherman and hunter he spent every opportunity he had on the water and banks of his favorite fishing spots and many weekends hanging out at the deer lease enjoying the campfire and camaraderie with friends in the wild. Survived by Wife Judy, his Son Sean Iliff, Daughter-in-law Liza and Grandson Liam, Brother Jim Iliff (Wife Nita deceased), Sister Sharon McCans (husband Jimmy) Nieces Sheri Watson (Don), D’anne Liljistrand (Charles), Jill Gearheard (Jay), Nephews Eric McCans, Wade McCans (Tonya) and many great nieces and nephews. Some remembrances from Family and Friends From his beloved wife Judy: We had been on two dates, we were driving to Tulsa, and He said, “I really like you, I am glad I don’t feel like I have to make up conversations.” Little did he know he would have to put up with fifty-seven years of listening to me talk ninety miles an hour. From his son: I’m not sure where to begin… He was the biggest man I knew. I cannot comprehend a world without him. He took a piece of me when he left this world. His guidance by example of how to be a man, father, husband, brother, friend is something I will spend my entire life trying to live up to. He supported me in everything I ever attempted. I have so many memories of him taking me to the motorcycle track, fishing and at the deer lease. Us hanging on the patio drinking a scotch listening to classic country or blues music. From his brother Jim Iliff: Dene and I worked together building a corrugated box facility and he was a total workaholic and would come in the plant to watch progress and make suggestions as to the machine locations. We enjoyed our time working together. I will miss the camaraderie we shared. From his sister Sharon McCans: Dene was ever present in my life from my youngest to my most recent memories. He was my rock, my parent figure when needed, my support and my best friend. He was, as all my children say, the nicest person I’ve ever met. I told him the day before he passed from this world that he was the best big brother a girl could ever ask for. I will miss him every day for the rest of my life and will cherish every memory. From his brother-in-law: He was my best friend, my brother. It was so easy for us because we always seemed to be on the same wavelength, always knew what was on each other’s mind. A wonderful relationship. We spent a lot of time working projects together, didn’t matter what it was there was just a cohesiveness to what we did together, no words needed. Fishing together was probably our favorite thing to do. From the Ciruli family and your work family at Ciruli Brothers, Amex Distributing, and Grow Farms Texas It is with deepest sympathies for the Iliff Family that we mourn the loss of our dear friend Dene. We had the pleasure of meeting Dene in the late 1990s. He joined our team to manage our warehousing operation in Donna where he was instrumental in helping us grow our business over the last two decades. We were blessed to call Dene a friend, but he was more than a friend to us, he was like family. Dene was a problem-solver, the office dad, and the person that we all went to for advice and guidance. He was one of the best people managers that we have had the pleasure of knowing and we will forever remember him as a man of impeccable integrity. Dene was genuine and straight-forward. He always measured his words before speaking, and when he did, he was very direct. Dene kept his composure in times of adversity and change, and he took great care of his team. He led by example, often putting in long hours to make sure things got done right. One of our fondest memories of Dene over the years was the back and forth bashing in January and February during football season. As you know, he was an avid Dallas Cowboys fan. You could not miss Dene’s desk in that office – it was always covered in big Cowboys stars and swag. We have a lot of fond memories of Dene over the years. One in particular is a mutual love for old country music, specifically old Merle Haggard tunes, which he and Chris would sing to when they were together. Dene was a dear friend and a great mentor to many people in our team. We keep his memory alive in the work we do and the moments that we shared. We will miss you, Dene.

Dene McCoy Iliff age 82, surrounded by loving family left this world to join his heavenly family in the next. He was born in Sapulpa Oklahoma on September 22, 1939, to J. Dene & Berniece Iliff. From an early age he spent more and more time... View Obituary & Service Information

The family of Dene McCoy Iliff created this Life Tributes page to make it easy to share your memories.