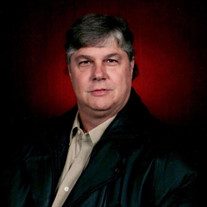 Daniel Clark Gartman, 68, of Pharr, Texas, went to be with the Lord on Friday, May 6, 2022. He was the devoted husband of Lynn Sledge, father of Dani and Jay, and doggy dad of Buddy Lee (2011) and Dixie. He will be deeply missed by many. Danny was born on December 20, 1953, to Dr. S.C. “Jay” and Jo Anne Gartman in Rome, Georgia. Throughout his childhood, because of his father’s military service, the family moved around the country. He attended McAllen High School before the family moved to Maryland his senior year. During his time in Maryland, Danny served as a volunteer firefighter. After graduating from Bowie High School in Bowie, Maryland, he attended Texas A&M University in College Station. He later went on to graduate from Howard Payne University in Brownwood with a degree in theatre arts. While attending both Texas A&M and Howard Payne, Danny passionately participated in theatre. After college, he returned to the Rio Grande Valley and taught theatre arts in La Joya, Weslaco, Edinburg, Sharyland, Port Isabel, Valley View, and McAllen. At First Baptist Church, McAllen, he sang in the choir and served as a lighting technician for the McAllen Christmas Pageant. It was also at FBC that he met his wife, Lynn Sledge, in his mother’s Sunday School Class for Singles. Danny and Lynn were married on June 28, 1986, in Senatobia, Mississippi. They welcomed a baby girl, Danielle Cooperlee, in 1989, and a baby boy, Jay Ingram, in 1992. The family lived in Pharr, Texas. Throughout his life, Danny was passionate about water skiing and boating. As a certified ski instructor, he taught many adults and children, including his own, to water ski. He would proudly tell people that he asked Lynn on a second date simply because she water skied. Being a teacher, the family was able to travel. Every summer was spent in Mississippi, with many days spent on Sardis Lake. Some of his summers were spent at a Christian camp in Kentucky teaching teenagers to water ski. His love for theatre was never far behind, though. He acted in and directed many summer plays at the Panola Playhouse in Sardis, Mississippi. After retiring from teaching at McAllen High School in 2012, Danny judged UIL One Act Play competitions for both middle and high schools across the state of Texas. After attending a football game at his wife and daughter’s alma mater, he became an avid fan of Ole Miss Football. He would spend football season in Mississippi cheering on the Rebels. Danny joined his father, Dr. Jay, in Heaven and is survived by mother, Jo Anne; wife, Lynn; brother, Chuck (Connie) Gartman; sister Debbie (Van) Stout; daughter, Dani (Robert); son, Jay; and numerous cousins, nieces, and nephews. Services will be held at First Baptist Church in McAllen, Texas, on Saturday, May 14, 2022, at 11:00 am, with visitation preceding at 10:00 am. In lieu of flowers, memorials may be sent to Biltmore Barcelona Assisted Living (McAllen, TX) in honor of Jo Anne Gartman.

Daniel Clark Gartman, 68, of Pharr, Texas, went to be with the Lord on Friday, May 6, 2022. He was the devoted husband of Lynn Sledge, father of Dani and Jay, and doggy dad of Buddy Lee (2011) and Dixie. He will be deeply missed by many. Danny... View Obituary & Service Information

The family of Daniel Clark Gartman created this Life Tributes page to make it easy to share your memories.