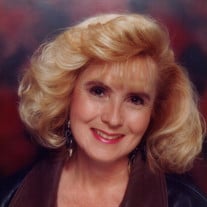 ALICE FAYE HURY, 76, went to be with our Lord on Saturday, December 17, 2016. She was born in Luling, Texas. She was a devoted wife, mother, grandmother, aunt, and great aunt. She attended and graduated from Luling High School. She studied music at the University of Texas at Austin under Ms. Verna Harding and graduated from Pan American University in 1986. Alice was a beloved private piano and music teacher for over 50 years. She was a member of the Texas Music Teachers Association, Music Teachers National Association and The National Guild of Piano Teachers. She was one of the founding members of the Magic Valley Music Teachers Association from 1982 until her passing. In 1998 she organized the first Ensemble Program within the Magic Valley Music Teachers Association with about 10 students. It has since grown to about 90 students participating. She served as president for the Magic Valley Music Teachers Association for 5 years. She served as Ensemble Chairman from 1998 to 2015 and directed one of those ensemble groups until 2014. She also served as Festival Chairman for 2 years. Her love for music and teaching was like no other. She was so proud of all of her students and always encouraged each one of them. One of her former students and now Professor of Music at the University of Texas San Antonio, Elizabeth Gutierrez, wrote and dedicated "The Golden Palomino" to Alice, unaware that her husband Charles has a golden palomino horse. Alice was a long-time member of First United Methodist Church in Edinburg. She served on the Congressional Care Committee, the Children's Committee and was Chairperson of the Mission's Committee. She was predeceased by her mother Eunice Thompson, mother-in-law Doris Ann Hury, grandmother-in-law Mildred Heard Baker, sister-in-law D'Ann Hury Johnson, son Daryl Paul Hury, and daughter Tammy Jo. She is survived by her husband of 50 years, Charles W. Hury, her sons Phillip Noel Hury (Evelyn), Christopher Earl Hury (Allison), grandson Wyatt Nathaniel Hury, nephew Jordan "Calabaza" Johnson (Keely), great nephew Jaxon "Calabacito" Johnson, informal son Hilario "Lalo" Leal. Viewing will be held at Kreidler Funeral Home in McAllen from 6:00 p.m. to 8:00 p.m. on Tuesday, December 20, 2016. Funeral will be at 10:00 a.m. on Wednesday, December 21, 2016 at First United Methodist Church in Edinburg. Burial immediately following at Hillcrest Memorial Gardens in Edinburg with a reception back at the church.

ALICE FAYE HURY, 76, went to be with our Lord on Saturday, December 17, 2016. She was born in Luling, Texas. She was a devoted wife, mother, grandmother, aunt, and great aunt. She attended and graduated from Luling High School. She studied... View Obituary & Service Information

The family of Alice Faye Hury created this Life Tributes page to make it easy to share your memories.

ALICE FAYE HURY, 76, went to be with our Lord on Saturday, December...